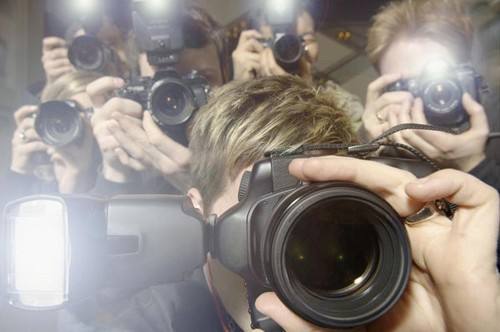 Effective pixels: Image sensors receive incident light through an optical lens. Effective pixels are the number of pixels on the image sensor that will be directly reflected in the final output data of a still image. Interpolations are a method of increasing the pixel size of an image without generating pixels. Some artificial interpolations of lost pixels are calculated using mathematical formulas based on the color of surrounding pixels.

White balance: Color is essentially an interpretation of light. What looks white in normal light may not look white in darker light, and "white" in fluorescent lighting is also "non-white". White balance is a technique for defining "white" as "white" regardless of ambient light.

Digital zoom: Through the calculation of the program on the body and the coordination of the optical system, we can take the subject to do local magnification, interpolation to simulate the effect of the optical zoom. It works similar to the way we will be in the computer to zoom in a certain part of the image, but the "digital zoom" is in the shooting process directly on the CCD to complete the exact part, "digital zoom out of the camera is only a selection of the use of the reference area, ".

Optical Zoom: For digital cameras, "optical zoom" does not change the size or resolution of the picture, the number of pixels used to describe the picture remains the same. This is the fundamental difference between "optical zoom" and "digital zoom", reflected in the image, that is, the image quality will be different, optical zoom without sacrificing the quality of the premise of the zoom, thus more practical than digital zoom.

Manual exposure: The combination of aperture and shutter can be freely controlled. The shutter speed display in the viewfinder provides a dimming aperture or shutter for correct exposure. Exposure can be deliberately increased or decreased to create a special effect if necessary.

Lens focal length: refers to the distance between the focal point and the lens after the parallel light passes through the lens. Basically, if the position of the subject remains the same, the focal length of the lens is proportional to the magnification of the object.

TTL: Through The Lens (via lens) is a single-lens reflex viewfinder.

AF (Auto Focus): There are two ways of AF, according to the control principle is divided into active and passive two. Active AF through the camera to emit a ray (generally infrared), according to the reflected back of the ray signal to determine the distance of the subject, and then automatically adjust the lens to achieve automatic focus. Passive focus to determine a little bit of the biomimetic focus of the camera, it is a high quality, and even more accurate image of the camera, the camera, it is difficult to focus.

Aperture priority: is to determine the use of the aperture, and then the camera based on the calculated exposure to determine the appropriate shutter speed, this method is suitable for the need to pre-set the depth of field or with the flash to adjust the ratio of the occasion ;

Program control: is to let the camera according to pre-programmed control procedures exposure.

Predefined mode: It is the manufacturer according to several common light conditions, preset a more reasonable exposure parameters for shooting choice.

Color temperature: refers to the light source due to different types of color differences caused by the scale of the subject matter.

Multi-point intelligent autofocus: (Multi-Point AiAF) wide-area autofocus automatically selects one or more focal points for the subject in the viewfinder. In conjunction with iSAPS technology, it enables faster and more accurate autofocus in a variety of shooting environments. (Canon proprietary technology)

FlexiZone AF / AE: FlexiZone AF / AE feature allows the photographer to freely move the automatic focus within the viewfinder and eliminates the need to reframe the shot when the subject is not in the center of the frame. When selecting point metering, the user can select the focus in the viewfinder, thus adapting to the complex lighting environment to a greater extent. (Canon proprietary technology)

Point metering system: Up to 8 points in the same frame are metered to read a specific area of the photo for desired precision and exposure locking.

CF card: The CF card was first introduced by SanDisk in 1994. This storage medium uses flash technology to permanently store information without power supply. It is fast, lightweight and the size of a matchbox.

XD card: (eXtreme Digital), jointly developed and held by Olympus, Fuji and Toshiba, Olympus and Fuji saw that the SM card was no longer keeping pace with trends and technology, so they teamed up to launch a slimmer, more technologically advanced XD card.

MMC card: MultiMedia Card-Multimedia card, a multi-function memory card developed by SANDISK and Siemens of Germany, can be used to carry a variety of digital products such as telephone, digital camera, digital video camera, MP3, etc.

Exif2.2: is a newly improved digital camera file format that contains a variety of shooting information necessary for optimal printing.

DPOF (Digital Print Order Format) format: is a standard print ordering data format that automatically transfers recorded ordering requirements to the output device when a consumer wants to export an image from a digital camera, either from a personal print camera, a printer, or a professional print output service center.

DCF format: is a unified recording format for digital cameras. It is an abbreviation of Design Rule of Camera File system in the JEIDA specification designed to facilitate the use of image files between related devices.

RAW format: is a direct reading sensor (CCD or CMOS) on the original record data, that is, these data has not yet been exposure compensation, color balance, GAMMA adjustment and other processing. To put it bluntly that is, no human factors taken by the image, without compression. Therefore, professional photographers can be in the later stage through a special software, such as Photoshop, to the photo exposure, compensation is more conducive to adjust the balance, GMA processing.

TIFF: short for Tagged Image File Format. It is different from other bitmap File files in that it can record preview images and mass content. Because its software package can ignore unreadable information, it can be said that its file format is relatively platform-independent.

Here are some common tips for photography, hope to have a small 7 and other friends card machine help!

Newly photographed filmgoers often experience blurred images caused by camera shake, so avoid camera shake when shooting. In general, the left hand held the elbow against the chest, or the body against a stable object. Using a telephoto lens, make sure to add a tripod. Press the shutter to stabilize gently. The whole person should relax and use the lower knee position when shooting.

2. Keep the sun behind you

Photography is a perfect combination of light and shadow. Sufficient light is needed to shine on the subject when shooting. The easiest way is to have the sun behind you with some offset. Light can illuminate the subject and brighten its colors and shadows. A slight offset can create some shadows to show the texture and stereoscopic feel of the object. However, it should be noted that when taking your own shadow.

You should always try new ways of shooting, or you will feel the same way if you watch too much. There is a lot of randomness in your personal shots. You can go anywhere if you think the images are interesting or meaningful. For example, you can take some close-up shots of people, panoramic images, the same scene in different climates, and so on.

Sometimes, instead of photographing the whole person or object, emphasizing a particular feature of the scene can have a stronger visual impact. You can get better results than shooting from a distance by simply being closer to the subject.

6.enhance the visual effect of the depth of field

Depth of field is very important for shooting, and each photographer does not want his or her photos to be stereoscopic and to look like a flat surface. So during shooting, add some objects to show relativity to increase the depth of field. For example, to take a distant mountain range, add a character or a tree to the foreground of the picture. A wide-angle lens can exaggerate the relationship between the normal space of the subject and the depth of perspective.

Larger scenes can be shot with a wide-angle lens, but such a shot can throw away a lot of details, especially meaningful ones. So sometimes a zoom lens should be used to make the image smaller and capture small and interesting images.

When photographing a person, you can wait for a while and adjust the exposure and focal length in advance after determining the location and angle of the shot. Strive to shoot in a short time to reduce the tension of the subject and get photos with natural expression. In changeable weather, light also changes, so it is necessary to take more film in order to have enough images for final selection.

10.the best use of the lens

Camera in general, the best aperture in the shooting technique is 5.6-8, the maximum aperture to the direction of the small aperture dial 2-3 gears. Keep the camera stable, master the correct manner and body posture, choose a higher shutter speed, such as 135 cameras 100 mm lens, preferably with 1 / 125 seconds speed. If the mountains must be shot with a slower shutter speed, then the camera should be used to reduce the maximum UV light exposure between the three scaffolding lens to maintain a clear image.