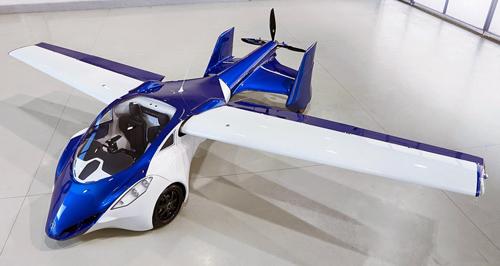 In the age of bicycles, people wanted fast means of transportation, so cars appeared; in the age of automobiles, planes appeared to shorten the distance between two distant places.In the 1940s, after considerable advances in automotive and aeronautical technology, Ford founder Henry Ford boldly made the scientific prediction that flying cars would come along sooner or later[1].And over the years, as the world's population has increased dramatically, including in China, traffic systems around the world have exploded from the ground up to the sky. Traffic congestion has become one of the biggest headaches facing humanity.People racked their brains for this, so the "flying car" came into being.

As a new concept vehicle, the flying car which can not only travel like a car on the ground but also fly in the air has formed a research upsurge at home and abroad.Flying car usually can be used as a car on the road, can save energy to the maximum; and in the critical time can fly freely in the air, showing its advantages of quick and convenient.

Flying cars are widely used, both commercially and militarily, and have unique advantages, especially in emergency situations. Flying cars, for example, are perfectly suited for fire protection, border patrol, rescue and emergency delivery:

1. Flying cars can provide us with convenient transportation. When the road is in good condition, you can drive him around the ground. If there is a traffic jam, you can jump in it, fly between tall buildings above the street and go anywhere you want[2].

2. The flying car can also carry out emergency rescue, when a fire or a traffic accident, the flying car can be in the city's high-rise buildings in the narrow space shuttle freely, in time to arrive at the scene of the rescue, to prevent the expansion of the accident and rescue the injured.

3. Flying cars are more stable and convenient than helicopters. Flying cars can fly at low altitude and under power lines; moreover, they are less noisy and do not cause noise pollution to the city. 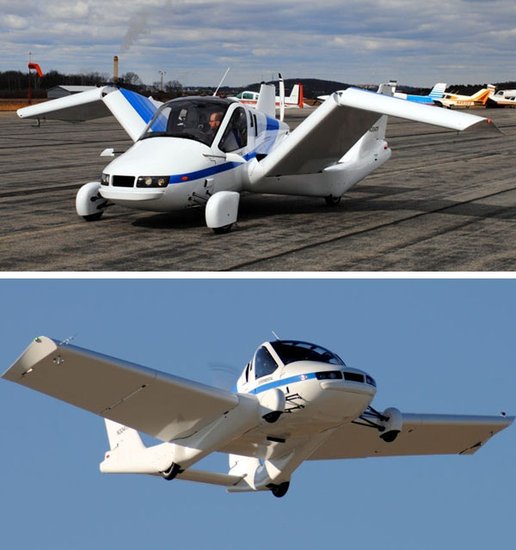 The idea of creating a combination of an airplane and a car seems nave, and it is bound to be a complex task that seems hard to shape.National Aeronautics and Space Administration in charge of personal aircraft work Mark Moore said：: "When you try to blend the performance of an airplane with that of a car, you tend to get a bad result: newly built vehicles are bulky, expensive, slow and difficult to put into service[3]."But the matter is artificial, human beings are always in progress, there is always someone who can break the rules, novelty, the dream into reality.

As early as in China's ancient Warring States period into a book of "Shanhai Jing Overseas West Jing", there is a section of "Chibrachii Flying Car" fairy tale.There is a replica of a flying car developed by Ge Hong of the Jin Dynasty in the Museum of Chinese History in Beijing[2],In "BaoPuZi NeiPian ZaiYing" is described as follows: " the use of date heartwood for the flying car, with the cow leather knot ring sword to lead the machine, or keep the idea as five snakes and six dragons, three cattle JiaoGang and take it, up 40 miles, named TaiQing............."This flying car of more than 1600 years ago fully demonstrated the wisdom of our ancestors, and by the Qing Dynasty, the world's first flying car in kind came out in our country.Xu Zhengming's experience in making flying cars is described in detail in Xiangshan Xiaozhi Ren Zhi, recorded in Volume 75 of Wuxian Zhi.The text is written as follows: "Its system is like a basket chair, under the organs, teeth mismatch. People sit on the chair, hit the board with two feet up and down, the machine turns the wind and spins away. Away from the ground can be feet, the Fit Port is not a bridge....."[4]

In the 1950s, practical efforts to study modern flying cars began, and the first person to climb the technological ladder of modern flying cars was an American named Moore Taylor.After his unremitting efforts, in 1986, he finally combined modern cars with aviation technology to create a flying car that could run on the ground and fly in the air, and obtained a flight permit issued by the relevant government departments.Taylor has since been hailed as a pioneer of modern flying cars, but with a straight fixed wing five to six times wider than the body, it is difficult to teach how to be practical when driving or landing on the road, not only because it interferes with normal traffic order, but also because the wings are restricted by roadblocks.

After entering the 90s, in order to make the flying car truly practical, some experts broke through Taylor's design pattern and devoted themselves to the development of the folding flying car.The initiative was pioneered by Kenneth Wernicke, an engineer at Airbus Technologies, Design and Development in California, who developed a flying car with foldable wing propeller blades.Fold the wings over the body of the car and you can travel on the road like a car. When you spread the wings, you can fly. Flying speed can reach 660 kilometers per hour.Flying at an altitude of 5000 metres and a range of 160 kilometres, the wings and spiral blades were folded when parked, commandeering the position of a family car and opening the door for the flying car to exit the test site[1].

Flying cars that combine fixed-wing aircraft with cars were first studied by American aviation pioneer Glenn Curtis, who exhibited his own modified "flying car" at the National Aeronautics Exhibition in New York in 1912.The "flying car" was modified from a three-wing aircraft and was equipped with two sets of piloting devices, one for flying in the air and the other for driving on the ground; the rear seat could also accommodate two people.But the sensational car did not perform well on the test flight, flying for only a short time, and for a long time afterwards the flying car was out of sight[5].

By the 1950s, Moulton Taylor in the United States had built a flying car called the Taylor Aerocar in 1949 (Figure 1-1).The vehicle has a wingspan of 10 metres, a wing area of 17 square metres and a total mass of 950 kg. It is equipped with a Lekomine 0-290 aeroengine with a power of 92 kilowatts.But the flying car not only interfered with the normal traffic order when driving or taking off and landing on the highway, but also had to be limited by roadside obstacles, which made it difficult to put it into practice.So the flying car pioneered by Taylor had to become a prototype on the test site. 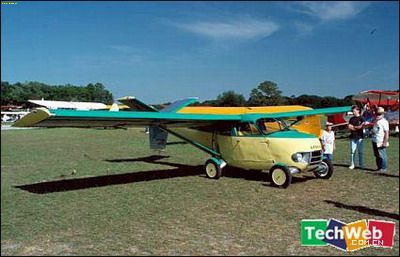 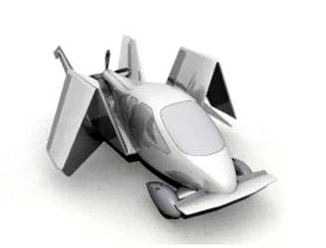 But the structure, which combines a fixed-wing aircraft with a car, folds up the wings as it travels on the ground and unfolds them when it takes off. One of his big drawbacks as a flying car is that it takes a long taxi to take off ;

Combination of helicopter and car

The flying car, which combines a helicopter with a car, is the most easily conceived vertical take-off and landing structure of a flying car, and the typical flying car currently using this structure is the PAL-V designed by SPARK Design Studio, PALV Europe BV, a Dutch company (see Figure 1.3).Designed specifically for Volkswagen, experts began to develop the concept car in 1999, launched in 2006, the flying car only has three wheels, a triangle layout, on the highway ride as comfortable as a luxury car, the road speed can reach 200 km / h[7]. 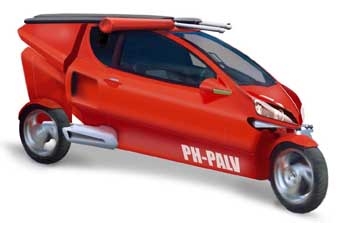 PAL-V flight is based on propeller propeller, and there are many similarities with rotary wing aircraft. It takes only 50 meters to take off and less space to land. Therefore, PAL-V has great flexibility and is suitable for a variety of road conditions, 0-96.6 km / h is less than 5 seconds, and fuel consumption on the ground is more economical,The 4.5-liter oil can travel about 110 kilometers, and its maximum cruising speed in the air can reach 200 kilometers per hour [8], compared to other flying vehicles, its air speed is relatively slow.

The United States Air Force modified the vehicle to design Piasecki 59H / VZ-8P (B) "Airgeep II" in 1962 (as shown in Figure 4).Airgeep II is 1.78 m high, 2.82 m wide, 7.44 m long, with five crew members and two 300kw turboshaft motors, with a dead weight of 1178kg, a maximum takeoff weight of 1655kg, a cruising speed of 113km / h, a maximum speed of 137km / h, a lift limit of 900m and a range of 55km.The two vehicles were not selected by the Air Force at the time because they were too bulky, had less than ideal speed and range, and were difficult to operate because of their poor maneuverability and stability. 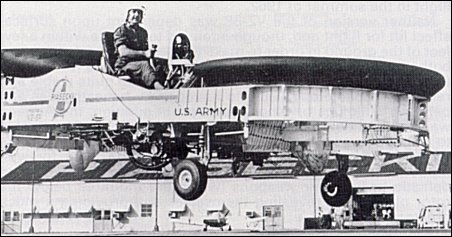 In recent years, City Air Israel has further developed Airgeep's technology to design the X-Hawk [ 9 ] (shown in Figure 5), which is a vertical take-off and landing rook.Rather, it is a flying car with vertical take-off and landing capability, designed specifically for emergencies. It is currently the most urban flying car [ 10 ]. X-Hawk is still at the research stage, and City Airlines has successfully developed a long-suspended flying car, but many technical challenges remain. 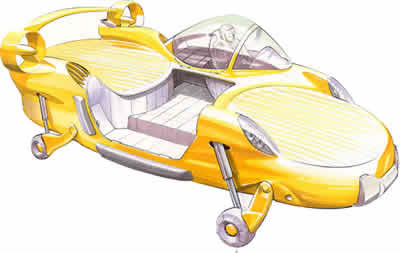 There is another culvert type of flying car, powered by several tilting culverts that can fly over the ground or in the air, such as the Moeller Skycar M400 (shown in Figure 6), which has eight engines and a maximum speed of 560km / h. It is said that 80 per cent of flight operations are computer-controlled, making it easier to operate than ordinary cars[3].

[2] A car in the sky has a bright future and can fly without wings.[EB/OL].