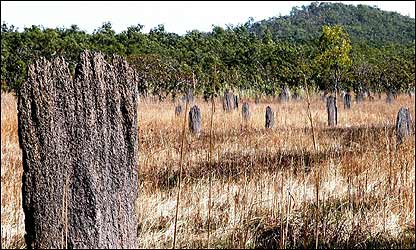 When it comes to termites, the first thing that comes to mind is that they are a destructive pest, but after three years of research, scientists have discovered that termite nests are not only intricately constructed, but that they maintain a constant temperature even when the outside temperature is as high as 40 degrees Celsius or as low as freezing. Scientists are now working to mimic ant nests, which can be as tall as three metres and some as eight metres high, to create more habitable and affordable homes.

A team of British and American scientists spent three years studying giant ant nests in the Sahara, trying to discover the mysteries of their intricate internal structure. Because scientists have found that the temperature in ant nests remains the same no matter how rapidly temperatures change outside, the findings could help people build more environmentally friendly, low-cost housing.

From the outside, the nests of African termites look like a big mound, their tall appearance is impressive, generally 3 meters high, some of the nests are as high as 8 meters, and the nests are not only on the surface of the piece, they also reach deep underground, that is because termites in the deep underground "dig" building materials, they carefully selected to build nests needed for each grain of sand. The intricate passageways in the ant's nest form a network of passageways that allow fresh air to enter and exhaust the breathed waste air, preventing the termites from choking on the lack of air inside.

Whether it's a cold winter or a hot summer, the temperature inside the nest stays around 3 degrees Celsius from start to finish, and the nest automatically adjusts the air humidity.

The caves are cleverly designed, and the most incredible thing about them is that they are temperature-controlled. In the Sahara, daytime temperatures often exceed 40 degrees Celsius, while in some seasons the minimum temperature at night is below freezing, but scientists have found that the temperature inside the caves is 3 degrees Celsius throughout the year. And ant nests automatically regulate the humidity of the air inside. In some hot areas, such as Namibia, some termite nests have flue pipes as high as 20 meters to control the humidity.

There is also a "farm" or "garden" with a special fungus, not found anywhere else in the world, that termites use to break down wood pulp into fibers that are used to build their nests and break down the sugar used for energy conversion. The next step, the scientists say, is to figure out how termites handle waste in their nests, where no ant droppings or other waste have been found.

Scientists took inspiration from the nests, which biologists are interested in calling "superorganisms", to design new walls that mimic the nests and give the houses the same properties as the nests.

Dr Rupert Sol, who took part in the study, said: " Termites know better than we do what is right for us to survive, what is not, and how to keep our bodies in balance. If you're too hot, you sweat to keep your body warm, and if you're too cold, your body shakes. This phenomenon is called self-balancing. Humans use their bodies to maintain this balance, and termites transfer this self-balancing function from their bodies to their habitable ant nests, using the nests as balancers.

What scientists have learned from the study of ant nests does not mean that future human houses will be built with intricate structures of passageways. Instead, new knowledge will be used to design walls that have the same properties as ant nests. To study how to design and build such walls, scientists filled and covered the nests with plaster, cut them in half a millimetre slices, photographed them one by one with a camera, and used computer technology to create three-dimensional models of the structure.

In another exciting development, the team, in collaboration with BBC presenter David Attenborough, will broadcast their research on his wildlife series in the hope that the technology will not only save energy and money, but also help people build comfortable homes in the harshest climates. 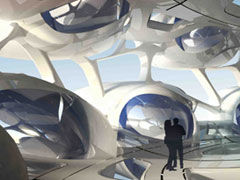 Mankind has travelled a long road for millions of years, and architectural activities have passed through countless historical stages from cave dwelling, nest dwelling, high platform, official hall, tall buildings and so on, leaving behind many classic works and ancient architectural culture. In the 21st century, with the rapid development of science and technology, the depletion of energy Et, the deterioration of the environment, and the coexistence of opportunities and challenges, the grim reality urges people to explore in depthexactly what kind of buildings we need and what characteristics the future buildings willhave.

As a result of the energy crisis, energy conservation and environmental protection has become a world recognized theme.All countries are promoting the whole tiz to reduce energy consumption, some people put forward the concept of "zero energy consumption building". The so-called "zero-energy building" refers to a building that does not consume commercial energy such as coal, electricity, oil and gas. The energy it uses is renewable energy, such as solar energy, wind energy and geothermal energy, as well as heat generated by human bodies, household appliances and cooking, heat discharged from hot air and heat recovered from waste hot water. The United States, Japan and other developed countries generally attach importance to building energy conservation. A large number of new technologies and new energy sources have been introduced into new buildings and the renovation of existing buildings, and remarkable energy-saving effects have been achieved. These new technologies mainly include new thermal insulation materials, shading technology, solar energy utilization technology, natural and mechanical ventilation technology, new heating and air conditioning equipment, fuel cells, micro-gas turbines, computer control technology and so on. Foreign energy-saving buildings make full use of the new mantis technology, and put them together in a rational manner, to achieve a high degree of comfort and energy conservation unity.

The Lawrence Berkeley Laboratory, part of the Department of Energy, has also focused on residential energy-saving technologies and worked with some state governments to build "energy efficient model homes" to demonstrate them. The Department of Energy and Florida, for example, are working together to build "zero-energy homes," "solar homes," and so on, to eliminate the need for residential use of foreign energy through the use of sufficient solar energy in the Florida area and the adoption of building energy conservation measures. China's Olympic Village residential area also uses advanced energy-saving technology, where there is neither any separate air-conditioning ventilator, nor the central air-conditioning cooling tower. As a result of the use of a new technology called the "regenerated water hot spring system", the entire Olympic Village in winter heating and summer cooling, will be mainly used after sewage treatment of recycled water. So far, a total of 69 new energy utilization projects have been adopted for the Olympic project, including 34 projects on the utilization of renewable energy such as photovoltaic, photothermal and wind energy, 13 projects on advanced heat recovery air conditioning technology and advanced energy utilization technology, which can be seen in energy conservation and efficiency. 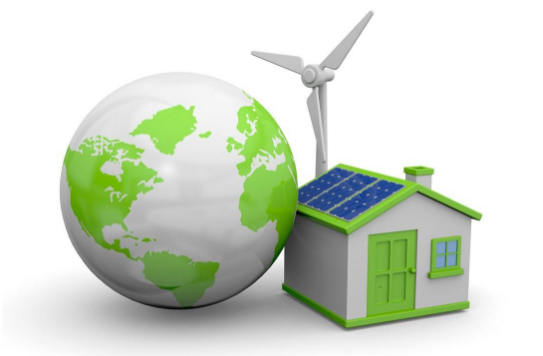 Although the United States and Canada are vast in territory, their cities are highly concentrated, and the New York subway system is characterized by economic convenience and high efficiency. The climate-neutral underground pedestrian system solves the problem of diverting people and vehicles, shortening the commute between the subway and buses, and connecting subway stations and large public activity centers with underground tunnels. In addition to the typical Rockefeller Center underground walkway system, which links major public buildings underground within a 10-block radius, the design of individual subterranean buildings in the United States has worked well in schools, libraries, offices, experimental centers, and industrial buildings. On the one hand, making good use of the underground characteristics to meet the functional requirements, on the other hand, it reasonably solves the problem of the combination of old and new buildings, and creates open space for the ground. Traced back to China's underground land use, when the rich regional characteristics of the Loess Plateau caves, the use of local soil loose and dry, the construction of the economy and simple, built, warm winter and cool summer, not only save land and energy. With the economic development, the emergence of underground shopping malls have shown a certain scale and level, Shanghai, Jilin, Changchun, Harbin have emerged one after another. The development of underground shopping malls and underground transportation, came into being is the emergence of underground pedestrian street, so that people enjoy the wonderful underground shopping. The most common or underground garage, almost all residential areas have, often accompanied by civil defense functions, designers take into account the "peacetime" of the characteristics of these underground garages are not only a parking garage for private cars in times of peace, but also the war period of material storage, personnel shelter, can be said to kill two birds withone stone.

Japan is an earthquake-prone country, many buildings have been destroyed, many people were killed in the earthquake, the Japanese government to strengthen the earthquake prevention awareness, the enactment of the "Building Standards Law", ft of the high-rise buildings must be able to withstand a strong earthquake on the Richter scale 7, Japan earthquake has a basic principle, is "the school is the first refuge", all the house can be down, the school house can not fall down. The reason why Japan made schools its first refuge was the Great Kanto Earthquake of 1923, when most of its buildings were made of brick and wood, similar to what is now the case in some rural schools in China. However, the Great Kanto Earthquake led to the collapse of a number of school buildings and the collective death of students.At that time, the Japanese government drew lessons from this and, with the lives of students sustain the future of the country as the highest principle, stipulated that school buildings must use reinforced concrete structures, which at that time were the latest architectural model. From then on, the school has become the most stable building in every place, and naturally the first place of refuge for the victims after the earthquake.The cruel reality of the heavy casualties caused by the Wenchuan earthquake to the primary and middle school cattle in the disaster area can no doubt prompt us to bear in mind the idea that the school is the first refuge from now on. Schools and hospitals are places where vulnerable people, such as children and patients, stay, experts say. We should further raise the standard levels of earthquake resistance in schools, hospitals and lifeline projects. Primary and secondary schools and hospitals are relatively concentrated, designing them as emergency shelters so that even if other houses are destroyed, our children are safe and the sick are safe, hospitals can also help the wounded in time after a disaster, and schools can become places for everyone to take refuge from the earthquake. In addition the building may consider the establishment of "indoors seismic refuge area" to enhance the building's refuge function. 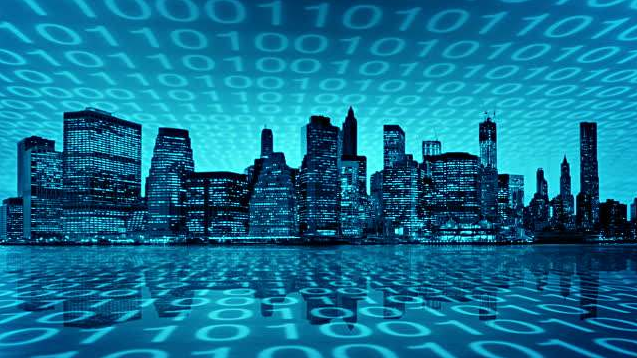 With the development of science and technology, the rapid transformation of the network age, the rapid development of computer technology, the emergence of the construction industry, all promote the process of digital architecture.China's accession to the "WTO" " Eleventh Five-Year Plan, Beijing Olympic Games and other hundreds of billions of dollars of business opportunities to China's intelligent building has become the focus of the world construction industry.

Looking to the future of the building, it carries people's hopes and dreams for the future, continue to rough refinement, innovation, to zero energy consumption, land-saving, with the shelter function and the direction of digital development, the construction of a new building pattern, I hope we all have a healthy and beautiful home.