The 15 weirdest animals in the world

The world famous "Bradt Travel Guides" published "100 strange animals", illustrated the characteristics of strange animals and habitat, in this selection of 15 species for readers. 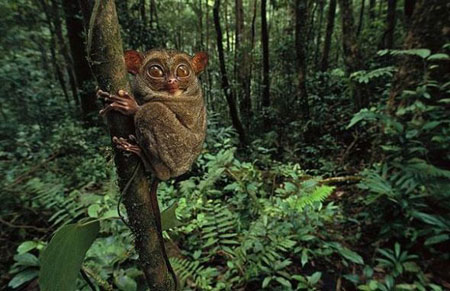 With each eye larger than its brain, the tiny primate's large eyes are nature's weirdest night vision goggles, and its huge feet and powerful hind legs mean it can jump from tree to tree in search of insects and small invertebrates to eat.

The spectacled monkeys are native to parts of Borneo and Sumatra. The Volunteer Tour organised a "hard hike" in the Clark Mountains of Borneo, where hikers could see gibbons, orangutans and these adorable animals. 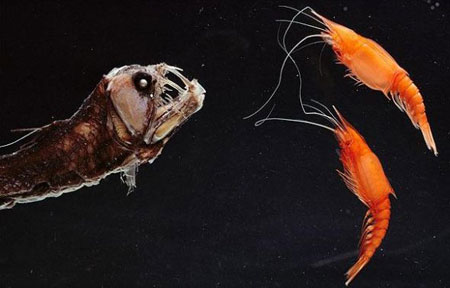 The head of the fish is a nightmare to look at, with many fangs of varying lengths protruding from its ghastly mouth resembling an "iron virgin." The viper has these characteristics because it lives in the depths of the ocean, which range from 1,000 to 2,000 meters.

You can't see a live viper unless you have one. However, visitors to Iceland's capital Reykjavik seaport for the annual marine festival may be able to see a dead one. Fishermen often display strange deep-sea creatures, including marine gill, fangtooth and anglerfish. Also known locally as Reykjavik, the Sangadur festival is held every year. 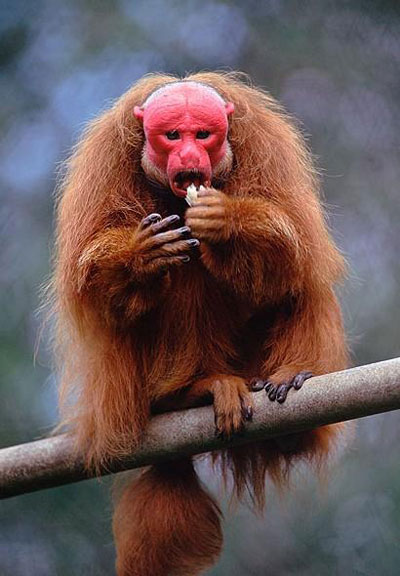 The ape has an astonishingly red head, so South Americans have given it an interesting nickname, the British Monkey, in honor of the first Britons to visit their land, flushed by the sun.

Bald monkeys can be found deep in the forests of Brazil, Peru and Colombia. "Reefs and Rainforests" (www.reefandrainforest.co.uk) can organise trips to Brazil's remote reserve, the Mamilawa Sustainable Development Reserve, where visitors are lucky enough to see red bald monkeys. Other animals found in the vicinity include three-toed sloth, pine foals and porpoises.

The large freshwater turtle has several strange features. It looks like a sodden piece of bark and debris. It has a very strange, outwardly protruding nose, which acts as a snorkel for scuba divers and helps it dive. It eats small fish in an unusual way. The Mata Turtle finds a place to hide itself and waits for its prey to come to its door. When it gets very close, it opens its mouth and sucks the fish into its mouth like a low-pressure vacuum cleaner.

Marta turtles can be found in many parts of the Amazon basin, and a large number of local charter tour operators in the Peruvian city of Iquitos promote jungle tours through which visitors can see toucans, dolphins, tarantulas, water tigers, water pythons and marta turtles. 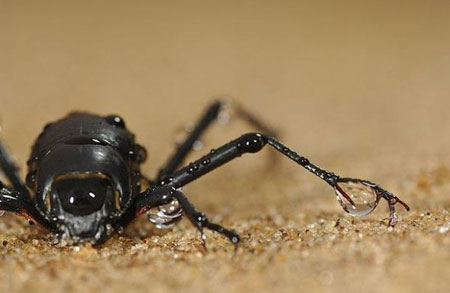 The ordinary looking beetle collects water in a very unusual way. The rain in the Namib Desert is so sparse that when the coastal haze is blown inland, the beetle stands upside down in the desert and collects tiny beads of water in the air with its hind legs.

Several tours organized by the Bales Worldwide Network (www.balesworldwide.com) feature trips to Namib, a desert that is also home to the very rare nanobia chameleon, which makes the sides of the body different in color, black and white, to absorb heat in the morning on one side and prevent heat loss on the other. 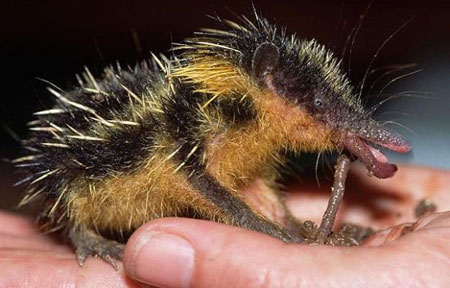 Reef and Rainforest organises trips to the Masoara Forest National Park on the island of Madagascar, home to lemurs, isle hedgehogs, meerkats, geckos and chameleons. 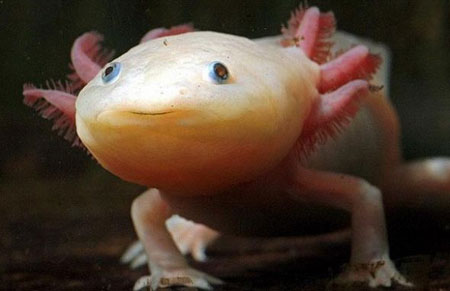 The salamander is a salamander. The amphibian is Peter Pan of the animal kingdom. It has been in its larval stages all its life, which explains why it has feathery gills and eyelid-free eyes. In addition, it has extraordinary regenerative powers. After losing a leg, a salamander quickly grows new parts of its body, including parts of its brain, which are so complex that scientists are interested.

The animal is on the verge of extinction and can only be found in Lake Hochmirko on the outskirts of Mexico City. 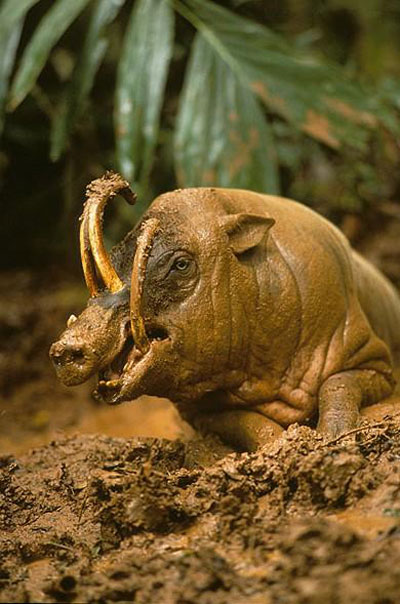 It is not surprising that the deer dolphin is a legendary creature on Indy Sulawesi, because its inhabitants were inspired by it to produce anecdotes and devil-like masks. The deer dolphins sharpen their teeth in trees and attack their opponents with their fangs during the conflict.

Several package tour contractors in Manado, North Sulawesi, organize trips to the Adudu Nantu and Tangkoko nature reserves, which are home to large populations of deer and dolphins. 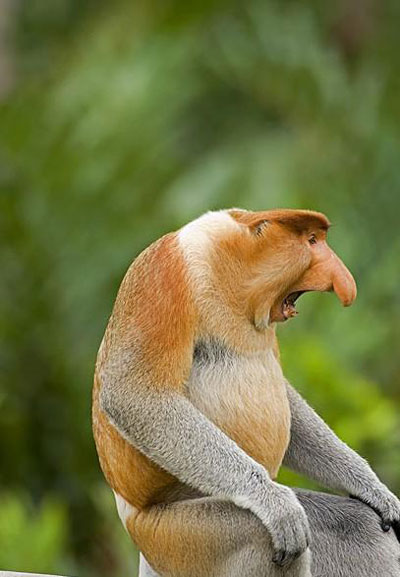 Known in Malay as orang belanda or Dutchman, the animal's large belly and nose resemble those of the early European colonists seen in Borneo. Regardless of whether this is a clich or not, the long-nosed monkey is considered one of the funniest looking animals in the animal kingdom.

Proboscis monkeys are native to Borneo and are often found in several areas along the coast. Luxury travel company Abercrombie&Kent (www.abercrombiekent.co.uk) offers lavish tours to the island, focusing on treetop walks, reef and watching these proboscis dive. 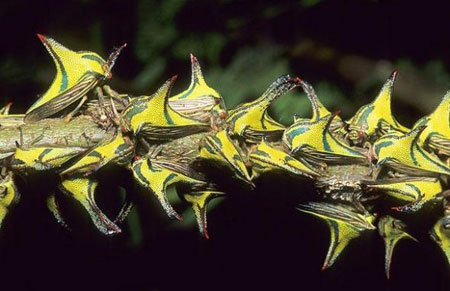 The horned cicadas, also known as thorn bugs, are adept at imitating art. Some have horn-like protrusions that mimic dead leaves. If their camouflage is detected, the horned cicadas will bounce on their powerful hind legs and quickly flee.

Horned cicadas can be seen on any continent except Antarctica. 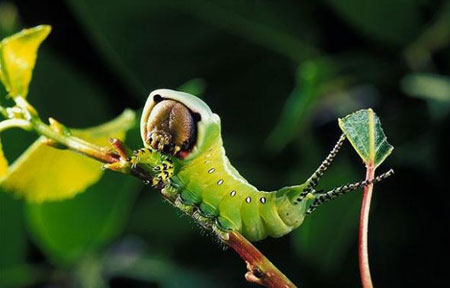 The creepy face and striped tail of this caterpillar is a defensive strategy that can be used to avoid predators. It also sprays ant acid when it comes to its archenemy.

Larvae of the black belt canoe moth can be found in woods, parks and gardens in many parts of Europe and Asia. 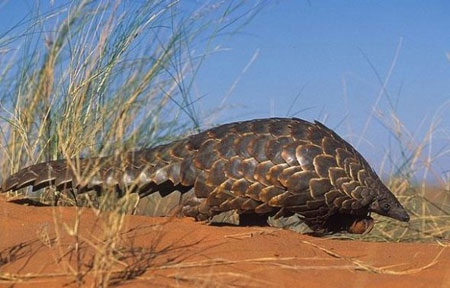 This very exotic mammal is the only scaly warm-blooded animal on the planet. Threatened pangolins curl up from head to toe, forming an invulnerable sphere that protects the abdomen and then releases from the hepatic glands a smelly substance like a skunk's odour. 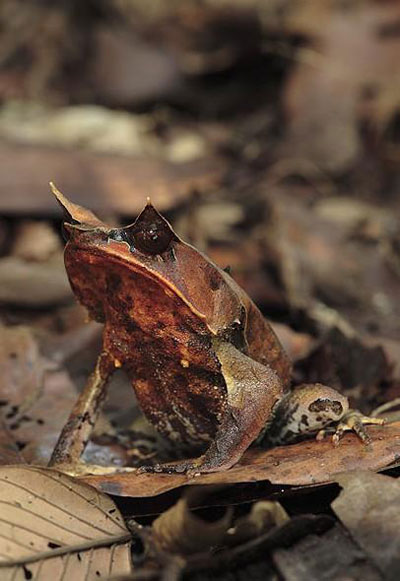 The amphibian, carefully disguised as a leaf, is difficult to distinguish from its lurking ground if it is not carefully distinguished. The frog rarely walks around and waits for the hare until crabs, lizards, small rodents and other frogs are particularly close to it when it suddenly attacks and devours its prey en masse.

The frog was discovered in the hills and woodlands of southeastern Asia. ' Wildlife Worldwide ' could organise trips to the Sabah Nature Reserve, where, with luck, visitors might see gibbons, long-nosed monkeys, short-tailed monkeys and flying squirrels. Leaf-horned frogs are common in these areas, but they are hard to spot. 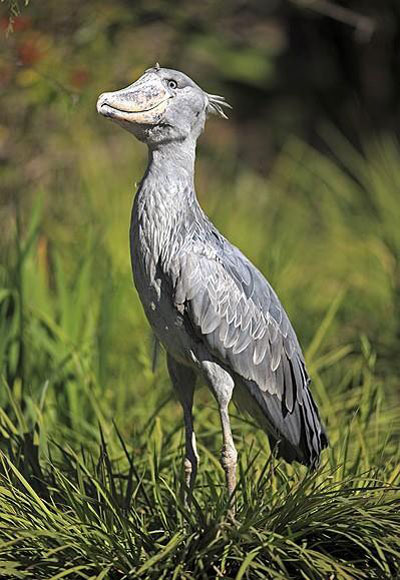 The large African bird resembles a heron and has a large mouth. The beak of a cetacean stork is very powerful, with a mouth 10 cm wide and 23 cm long. It is about the size of a medium-sized shoe.

"Natural High Safaris" offers vacationers a trip to the marshes of the Great Banwayu Basin in Zambia, a birdwatcher's paradise and home to a large number of these cetacean storks. 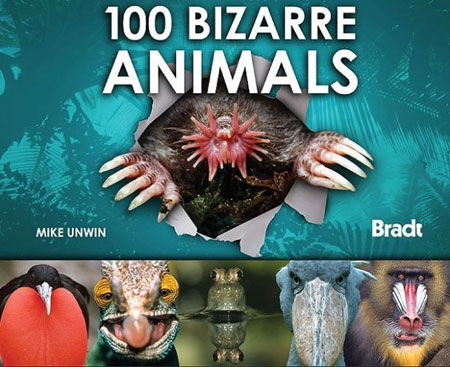 The mice can be found in eastern North America, but unfortunately they all live underground, making them difficult to spot.