The effect of 13 plants in the room

1. Junzilan: a freshener that releases oxygen and absorbs smokeAn adult genus orchid absorbs 1 liter of air a day and night, releases 80% of its oxygen, and is capable of photosynthesis in extremely low light. It does not emit carbon dioxide at night. In a room of more than ten square meters there are two or three pots of Junzilan can absorb the indoor smoke, especially in the cold winter in the north, due to closed doors and windows, indoor air circulation, Junzilan will play a very good role in regulating the air.2. Dropping Guanyin: It has the effect of removing dust from the air.However, the white juice inside the stem of the dripping Guanyin is toxic, the dripping water is also toxic. Mistaking or eating its juice by mistake can cause discomfort in the pharynx and mouth, and there is a burning sensation in the stomach. Special attention should be paid to prevent children from eating by mistake. But dripping Guanyin is not a carcinogenic plant.3. Rubber Tree: a versatile hand to eliminate harmful substancesRubber tree is a versatile hand to eliminate harmful plants, such as carbon monoxide in the air, carbon dioxide, hydrogen fluoride and other harmful gases have a certain resistance.4.Mangosteen: protective umbrella against bacteria and virusesThe aroma of the plant contains antimicrobial components, can remove bacteria and viruses in the air, has a health function. In addition, bamboo also has a high medicinal value. Digs its fleshy root to wash the dust dirt above. Sun-dry spare or fresh ready to use. Leaf twigs pick with use. All have the effect of relieving cough, moistening lung, cooling blood and detoxifying.5. Silver Queen: Known for its unique ability to purify the airThe higher the concentration of pollutants in the air, the more it can exert its purification capacity! Therefore it is very suitable for dark rooms with poor ventilation conditions.6.Fern: Absorbs about 20 micrograms of formaldehyde per hour and is therefore considered the most effective biological "purifier". People who work with paints and coatings all day, or have smokers nearby, should keep at least one pot of fern in the workplace. It also inhibits the release of xylene and toluene from computer monitors and printers.7. hanging orchid: can absorb 95% of carbon monoxide and 85% of formaldehyde in the air.The hanging orchid can carry on the photosynthesis under the weak light, the hanging orchid can absorb the poisonous harmful gas in the air, a basin hanging orchid in 8 ~ 10 square meters room is equivalent to an air purifier. General in the room raise 1 ~ 2 basin hanging orchid, can release oxygen in 24 hours, at the same time absorb formaldehyde in the air, styrene, carbon monoxide, carbon dioxide and other carcinogenic substances. Hanging orchid on certain harmful substances, such as carbon monoxide and formaldehyde mixed in the air can reach 95% and 85%, respectively. Hanging orchid can also decompose benzene, nicotine absorption of cigarette smoke and other relatively stable harmful substances.8. Aloe vera: a pot of aloe equivalent to nine biological air cleaner 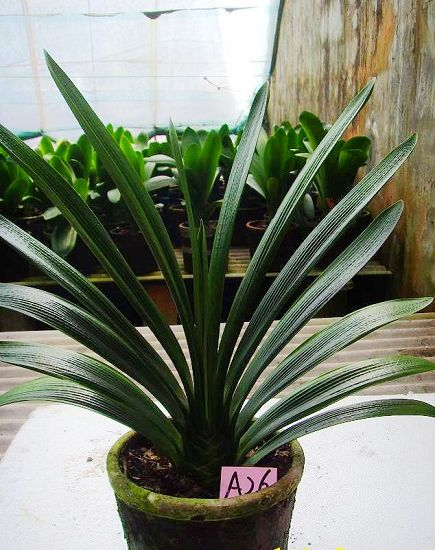 A pot of aloe is equal to nine biological air cleaners, which can absorb formaldehyde, carbon dioxide, sulfur dioxide, carbon monoxide and other harmful substances. Aloe vera can eliminate 90% formaldehyde in the air of one square meter, also can kill harmful microorganism in the air, and can absorb dust, have great effect on purifying room environment. When the harmful indoor air is too high, the leaves of Aloe Vera will appear spots. This is the signal for help. Just add a few more pots of Aloe Vera in the room. Indoor air quality will become normal again.9. Brown bamboo: eliminate heavy metal pollution and carbon dioxideBrown bamboo can absorb more than 80% kinds of harmful gases and purify the air, meanwhile, it can eliminate heavy metal pollution and has some resistance to sulfur dioxide pollution. Of course, as large foliage foliage plants, their greatest feature is that ordinary plants can not reach the digestion of carbon dioxide and the production of oxygen function.Aloe Vera is a versatile purifier of air, but the effect of Aloe Vera on removing formaldehyde from the air is more obvious. In addition, tortoise bamboo has the effect of absorbing carbon dioxide at night, to improve indoor air quality, improve oxygen content has a great help. Therefore, it is an ideal indoor plant. The fruits of tortoise can be cooked when they are ripe. The aroma is like pineapple or banana.10. Ivy: Champion in absorbing formaldehyde.Ivy is currently the most effective indoor plant to absorb formaldehyde, the ivy leaves per square meter can absorb 1.48 mg of formaldehyde. Two pots of adult ivy leaves a total area of about 0.78 square meters, while ivy can also absorb benzene this toxic and harmful substances, 24 hours light conditions can absorb 90% of the indoor benzene. According to speculation, 10 square meters of the room, only need to put 2-3 pots of ivy can play a role in purifying the air.11. Rich Bamboo: Healthy plants for bedrooms Fuguizhu can help not often open windows ventilation room to improve air quality, with disinfection function, especially in the bedroom, Fuguizhu can effectively absorb the exhaust gas, so that the bedroom private environment has been improved.12.Trees of Wealth: Fight the exhaust fumes from tobacco burning.It can absorb toxic gases and release oxygen through photosynthesis, effectively absorb carbon monoxide and carbon dioxide pollution, and play a role in resisting tobacco smoke.13. Cactus: the best plant to reduce electromagnetic radiationCactus has a strong anti-inflammatory and sterilization effect, in the fight against pollution, cactus is the best plant to reduce electromagnetic radiation. In addition, cacti night absorption of carbon dioxide release of oxygen. Cactus in the room at night, you can add oxygen, conducive to sleep. 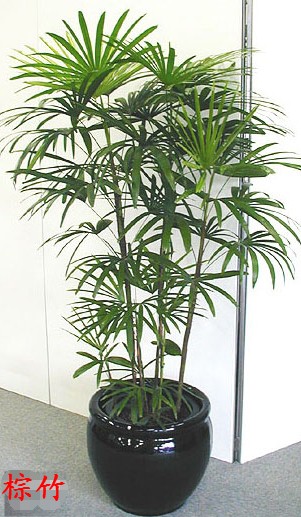