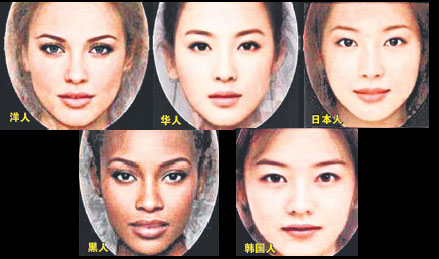 According to Singapore's "United Evening News" reported that South Korean plastic surgeon Lee Seung-chul from around the world to select 63 beautiful face, the use of computer synthesis technology, the synthesis of five China, Japan, South Korea, whites and blacks of the perfect beauty appearance, there are pretty egg face in the middle, that is, 100% beautiful women. 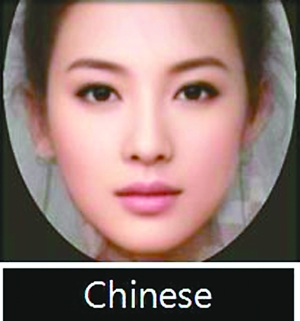 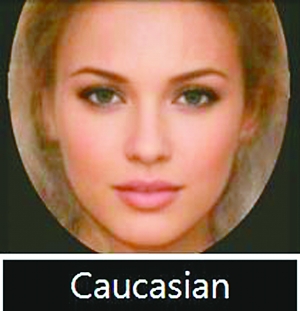 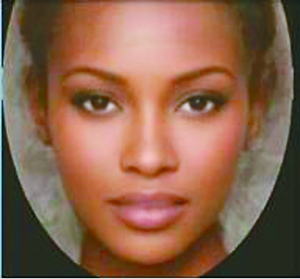 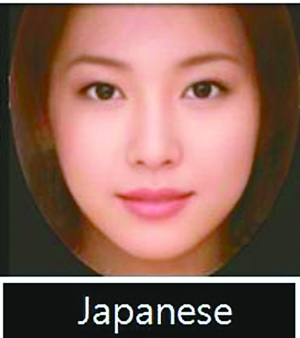 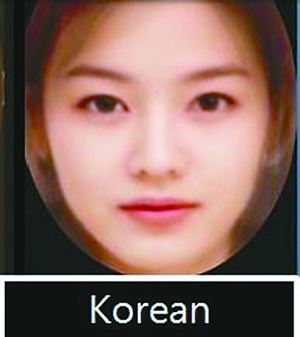 A new issue of the International Society for Aesthetic Plastic Surgery (ISAPS), which classifies typical pretty faces according to race, uses a computer to synthesize them: African, white, Chinese, Japanese and Korean.Lee Seung-chul, a professor of plastic surgery in South Korea, published the paper, titled "The Most Glamorous Faces," in the journal Proceedings of the Society for Aesthetic Plastic Surgery, an international academic journal, based on an analysis of the faces of a total of 63 of the world's most beautiful female entertainers of all skin colors.

Who do you think of when you see these photos? Do Chinese beauties look like Zhang Ziyi? Now you know why Zhang Ziyi is popular with foreigners. People are born with a standard pretty face. It's hard not to think red.

Hundreds of experts use unconventional mathematical statistics to draw conclusions 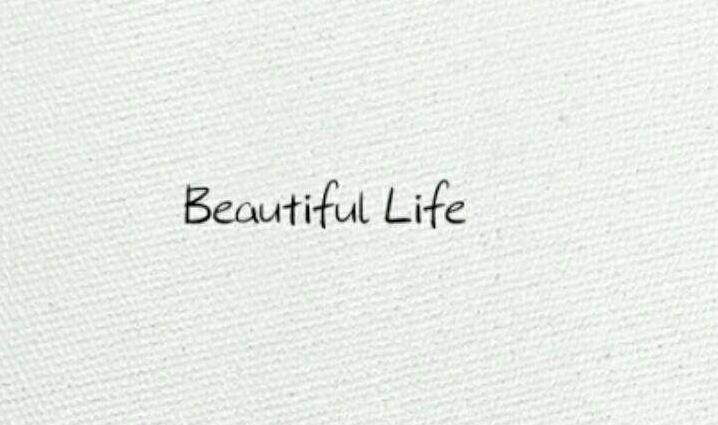 In 2009, a list of the distribution of beautiful women in China appeared online. The list, which was rated after a year of hard work by hundreds of experts, ranked cities rich in beautiful women across the country in terms of their looks, looks and charm.Among the top 20: Chongqing, Chengdu and Changsha in the top three. The list selected and rated each of the 106 cities or villages in China that are rich in beautiful women. The "percentage of beautiful women" in Chongqing was 24.25%, and the "average of the three indices of looks, dress and charm" were 81.77, 75.35 and 70.01 respectively.Hundreds of professionals from across the country are said to have been organised for the comparison, and a large number of unconventional mathematical statistics have been used in an effort to reach the most accurate conclusions. 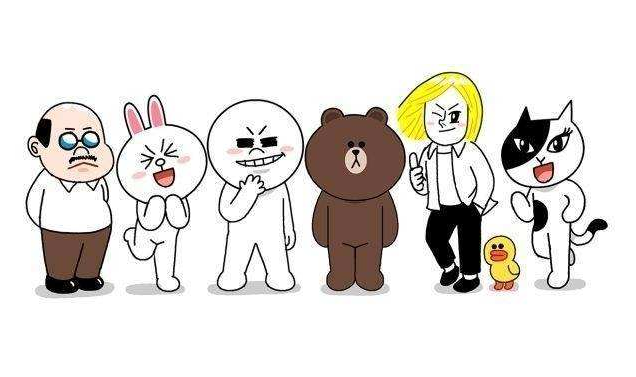 According to a recent report in New Scientist, evolutionary psychologist Dr Jeremy Atkinson of the University of Albany in New York, women with smaller feet have more attractive faces, as do women with longer thighs, narrower hips and taller bodies.

The researchers measured the hand length, foot length, thigh and hip width of 60 college students, and selected the faces of eight of the girls with the smallest and largest measurements, combining them into two beautiful pictures, which 77 boys chose.The results found that the choice of women with small feet is 3.5 times larger, that women with small feet is more gentle that women with large feet more gentle 10 times, like the narrow hip bone is 11 times the large buttock, and infatuated with long-legged beauty of 8 times more than infatuated with short legs.

Atkinson says the traits that men see in women indicate that they are healthy as children, and biologists believe that girls who are fully developed as children become slimmer, have more feminine faces and bodies, and are more attractive to men.

The Evolution of the World Standard of Beauty in Different Ages

Classical, elegant and sensual style has become the pursuit of women.

The 1940s were heavily influenced by World War II. Actor Ingrid Bergman was serious and beautiful, mature and gentle, very healthy and natural, representing the beauty of the 1940s.

Sexiness was the ultimate pursuit for women in the 1950s, when every woman dreamed of having big, sharp like Monroe's.

Women in the 1960s began to take extra care of their skin, and sunbathing became popular among women in order to get a healthy and beautiful complexion.。

Reviving Nature in the 1970s

Natural makeup was mainstream in the 1970s.

The beauty standard is a lovely, kind-hearted blonde.

In the 1990s, when supermodels were prolific, the craze for model-like bodies among ordinary women also began.

Beauty in the eyes of men all over the world 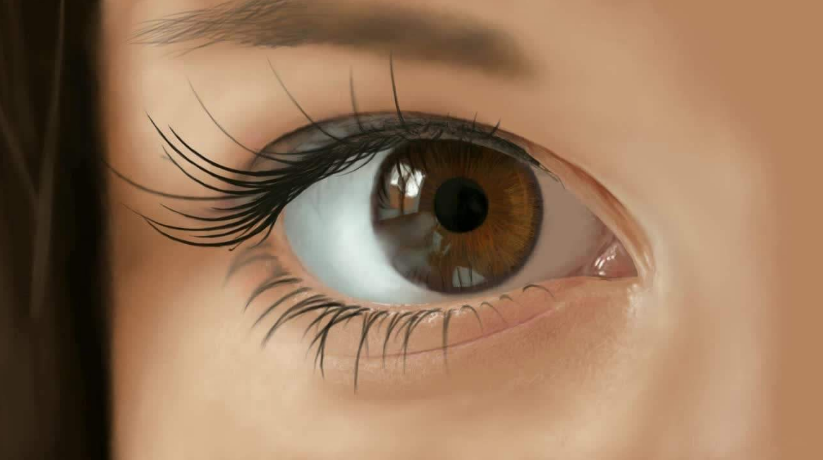 British men value ladylike women. Such a woman must do things steadily, with a dignified, serious temperament. Must insist on make-up every day, maintain a good and meticulous external image.

French manners and cleavage could not be less

French men in the eyes of the beautiful woman must be strict behavior, elegant dress decency, manners, neck straightness and strength, elegant dress under the cleavage and sitting cross-legged sexy the most exciting man's heart.

An old pair of jeans, a pair of gray sneakers, a pair of dark blue eyes, dark skin, round breasts, round hips can appeal to any American man.

Indian men in the eyes of beauty first temperament to be elegant, skin to be flawless. And bright eyes, looking forward to life, breathtaking. Lips plump, nose straight, hair roots such as silk is also the main indicators.